The keystone of the Ghana-EU Voluntary Partnership Agreement (VPA) is the establishment of a Timber Legality Assurance System (T-LAS). The TLAS provides the mechanism and institutional arrangement for attesting to the legality compliance status of timber products for sale especially to the EU market. Under the T-LAS, the Timber Industry Development Division is designated as the licensing authority. However, decisions by TIDD to issue FLEGT license will have to be cleared with audit advice from the Timber Validation Department (TVD) of the Forestry Commission.  The TVD is a special creation by the VPA and is responsible for ensuring that all the protocols and procedures that spell out legality citations along the chain of supply and custody are duly observed and complied with.

Noting the critical role of the TVD, the VPA provides for the establishment of a Timber Validation Committee that will exercise oversight responsibility of the operations of the TVD. Annex V of the VPA stipulates that the TVC shall have the character of a multi-stakeholder body that can function as an ombudsman for the LAS implementation. The core function of the TVC is to manage and deal with concerns and complaints that will be brought up in connection with the administration of the LAS.

Pursuant to the purpose of the stipulations in the VPA, the Timber Resources (Legality Licensing) Regulations, 2012, L.I. 2184 has established the TVC with clear mandate and functions. The functions of the TVC are defined under L.I. 2184 as to:

The mission of the TVC is therefore to (1) be an effective, neutral, and confidential resource and liaison between the LAS administration on the one hand and customers in the timber trade, stakeholders and the general public on the other; (2) to facilitate the resolution of problems and complaints in a fair, impartial, and timely manner; (3) to provide prompt and meaningful feedback on the operations of the LAS.

The Timber Resources (Legality Licensing) Regulation, 2012 L.I. 2184, gives the TVC the powers to:

The TVC’s powers include the power to:

3.0 What The TVC Will Be Looking For:

The TVC will ordinarily be concerned with poor decision-making and administrative practices and procedures associated with the implementation and operation of the LAS. After completion of investigation, it will then form opinion about the administrative action in question.  Such administrative actions could include decisions that tend to be:

Any of such acts or decision found to be defective regarding the administration of the LAS shall be referred to as “maladministration”.

The TVC will adopt the following methods as the main approaches of handling complaints received:

Inquiries: - The TVC may conduct an inquiry to resolve general complaints more speedily. It will ask the FC department concerned to respond to it and, if it thinks fit, the complainant in parallel. The TVC will then examine such response as well as the complainant’s view on it, if applicable, together with any other relevant information or evidence collected. It will, in conclusion, present its findings to the complainant and make suggestions to the Commission for remedy or improvement where necessary.

Where deeper and fuller probing is needed before the case can be concluded, the TVC will start a full investigation. Section 17 of the Timber Resources (Legality Licensing) Regulations, 2012, L.I. 2184 describes in detail the procedure and timeliness standards for Inquiries and Reviews of the FC’s decisions on verification and validation for license.

Mediation: – For cases involving only minor or no maladministration, the TVC may resolve complaint brought to it by mediation after obtaining the consent of both the complainant and the Commission’s department under complaint. The two parties will meet to explore a mutually acceptable solution, with TVC acting as impartial mediator.

Full Investigation: – Where a complaint involves issues of principle, systemic flaws or serious maladministration, the TVC will conduct a full investigation, with prior notice to the head of the Commission’s department under complaint. A full investigation is an in-depth inquiry and usually involves the making of recommendations upon conclusion to the head of the Commission’s department for improvement or remedy. The Timber Resources (Legality Licensing) Regulations, 2012, L.I. 2184 section 23 provides detailed guidelines for inspections and Investigations by the TVC.

In order to encourage patronage of the services of the TVC, it is important for the TVC to effectively communicate its existence, availability and access, functions as well as its importance to the public. The TVC shall therefore be required to undertake a wide variety of activities in educating the public on their rights to a responsible, fair, open and efficient administration of the T-LAS. The range of publicity campaign can include:

The principles guiding the operations and decision of the TVC are to be grounded in the core values of Independence, Neutrality, and Confidentiality.

To be credible and effective, the TVC must appear, and actually be free from, interference in the legitimate performance of duties, including being free from control, limitation, or retaliation of anyone who is subject of a complaint or inquiry.

The TVC conducts impartial inquiries and investigations that are free from bias and conflicts of interest. Impartiality does not preclude the TVC from developing an interest in securing changes; the TVC may advocate for changes in any operations of the LAS process and policy that is unfair.

Confidentiality is essential cultural value for the TVC as an organizational ombudsman. Confidentiality promotes disclosure from reluctant complainants, elicits candid discussions by all parties, and provides an increased level of protection against retaliation to or by any party.. The TVC will not voluntarily disclose and should not be required to involuntarily disclose any information, except where there is:

The TVC shall be expected to apply the principles of Independence, Neutrality, and Confidentiality to its day-to-day operations through:

Reporting lines: independent from line management set up of the Commission, and report directly to the Minister for Lands and Natural Resources

Records: creation and maintenance of the minimum records required by law

Subject matter: complaints and questions about alleged acts, omissions, improprieties, and systemic problems within the TVC’s jurisdiction as defined in the L.I. establishing the office

Discretion: judgment to accept or decline to act on a complaint or question

Initiative: acting on the TVC’s volition to address issues within its prescribed jurisdiction

Fairness: timely procedures to aid in the just resolution of a complaint or problem

Resolution: reconciling issues at the most appropriate level of the Commission

If and when it is considered that the Commission’s actions involve maladministration, TVC may provide a formal report to the CEO. The TVC report may contain recommendations to rectify the effect of the specific maladministration or improve procedures to ensure that similar problems don’t occur. The principles of procedural fairness apply in these cases and any person referred to adversely in the report is given an opportunity to make submissions before the TVC finalizes its report on matter. The TVC will also inform FC if it considers that its actions do not involve maladministration. The TVC may cause a report to be tabled before the Minister for Lands and Natural Resources:

Complainants are also informed of the results of TVC’s investigations. Detailed procedures for handling outcomes of inspection or investigation are specified under section 24 of the Timber Resources (Legality Licensing) Regulations, 2012, L.I. 1284. 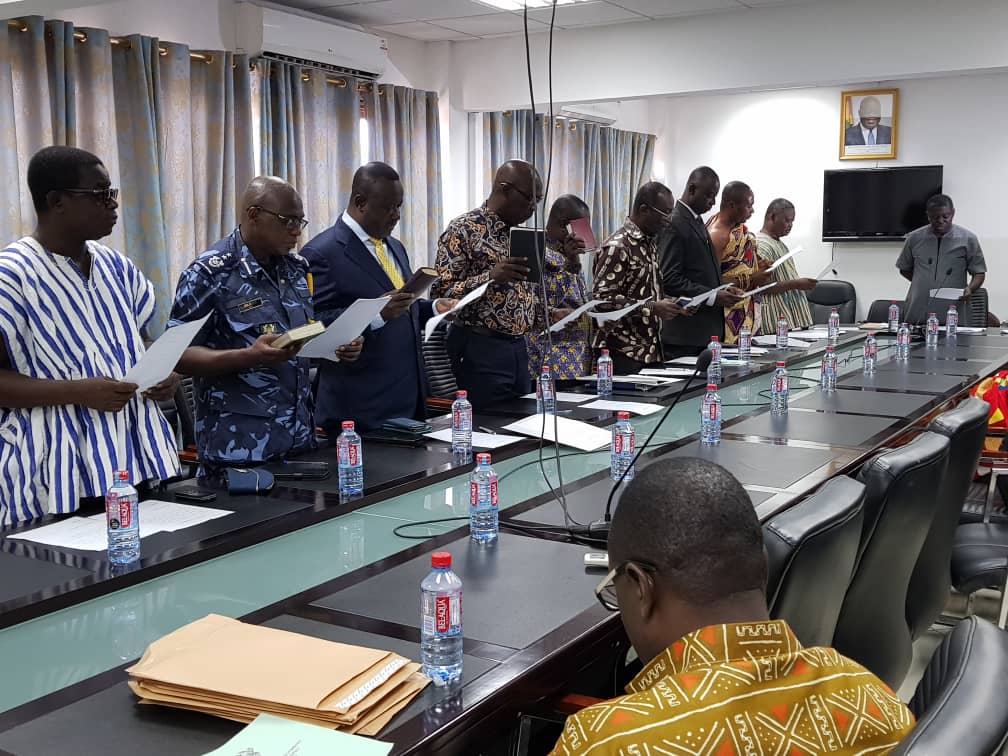